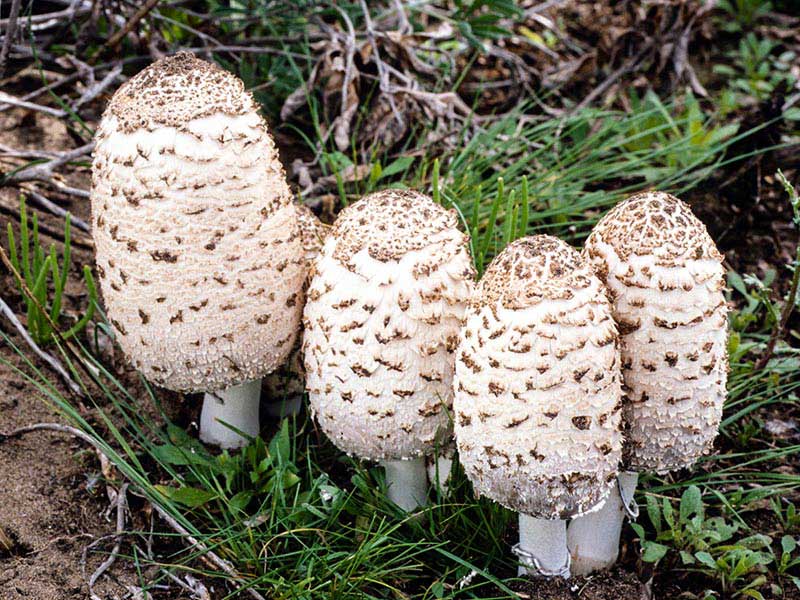 Coprinus comatus, the shaggy ink cap, lawyer’s wig, or shaggy mane, is a common fungus often seen growing on lawns, along gravel roads and waste areas. The young fruit bodies first appear as white cylinders emerging from the ground, then the bell-shaped caps open out. The caps are white, and covered with scales—this is the origin of the common names of the fungus. The gills beneath the cap are white, then pink, then turn black and secrete a black liquid filled with spores (hence the “ink cap” name). This mushroom is unusual because it will turn black and dissolve itself in a matter of hours after being picked or depositing spores.