Allow one egg to each person that is to be served. Cut either a dry or a Virginia ham into very thin slices; allow one thin square to each person. Toast squares of bread, remove the crust. Broil the ham quickly; put each square of ham on a square of toast, put on top a poached egg, dust lightly with pepper and send to the table.

Stand the ham over hot water until thoroughly heated. Rub the butter and flour together, add the stock, stir until boiling, add the mushrooms, sliced, the salt, pepper and the onion; stand this over hot water while you poach the eggs. Dish the eggs, cover them with the sauce, strained, and cover with the chopped ham. Garnish the dish with mashed potatoes or boiled rice, and send at once to the table.

Cut the egg plant into slices, season it with salt and pepper, dip in egg and bread crumbs and fry carefully in deep hot fat; put this on brown paper in the oven to dry. Broil the ham, cut it into squares sufficiently small to go neatly on top of each slice of egg plant. Poach the eggs, and heat the other ingredients for the sauce. Dish the egg plant on a platter, put on the ham, and on each piece of ham an egg; baste with sauce and send to the table.

Mr. Hamstead, in the 8th Volume of his useful Collections, tells us, the vessels were very good made at Fulham, but all flat, the Difficulty in making a hollow Dish was thought insuperable, because it must be burnt to that Degree, that the Heat of the Fire made the Sides fall: But this ingenious Christian surmounted the Difficulty, and hath many Years ago actually made several very delicate Pots of English Materials.

In the glaze were wrought A Skeleton in Metal; it is well done, but only to the short Ribs. Venus and Cupid in Wax-work. A Sort of Bachus, or Antick, pouring out Liquor, with a Bull’s Head betwixt his Thighs, or perhaps a Rams, relating to some Local Custom, like that of a Flitch of Bacon at Dunmoe in Essex: It is of Wood, and hath in old Characters Belly merry In a different script. The History of Joseph of Arimathea’s entombing our Saviour, whose emaciated Corps is very well represented in the Winding-sheet.

Like Daisy Mae, you’ll discover there’s no fuss to even the fanciest dinners when you serve Superior Ham.

Some of the old ham radio operators grew up on cat’s whiskers and geranium. On a winter’s  night they would pick up Siberia on the second bounce. Those Ruskies were tuned in during the original Cold War. 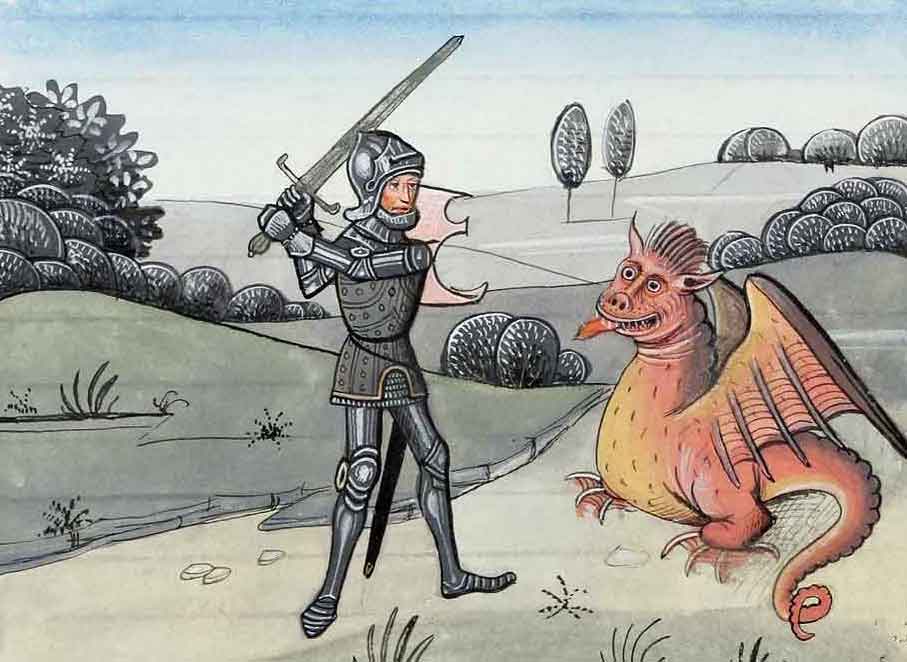 Knight in shining armour dissed by a dragon

I’ll seer yr bacon, and raise you a stink and a hay. A bona dea keeps the anchor awake. Yes we have no null modems. I’d like you to meet my niche. Suckle me choppers at Pa’s moll and pick a peck of pox malt, apocryphal of rye. Ask me no algebra and I tell you no lie. No stone’ll be unturned, nor thrown out at first. Singasing of Sack’s pence, fractal Jack in the pluton green, and yet those cratons keep rolling along. 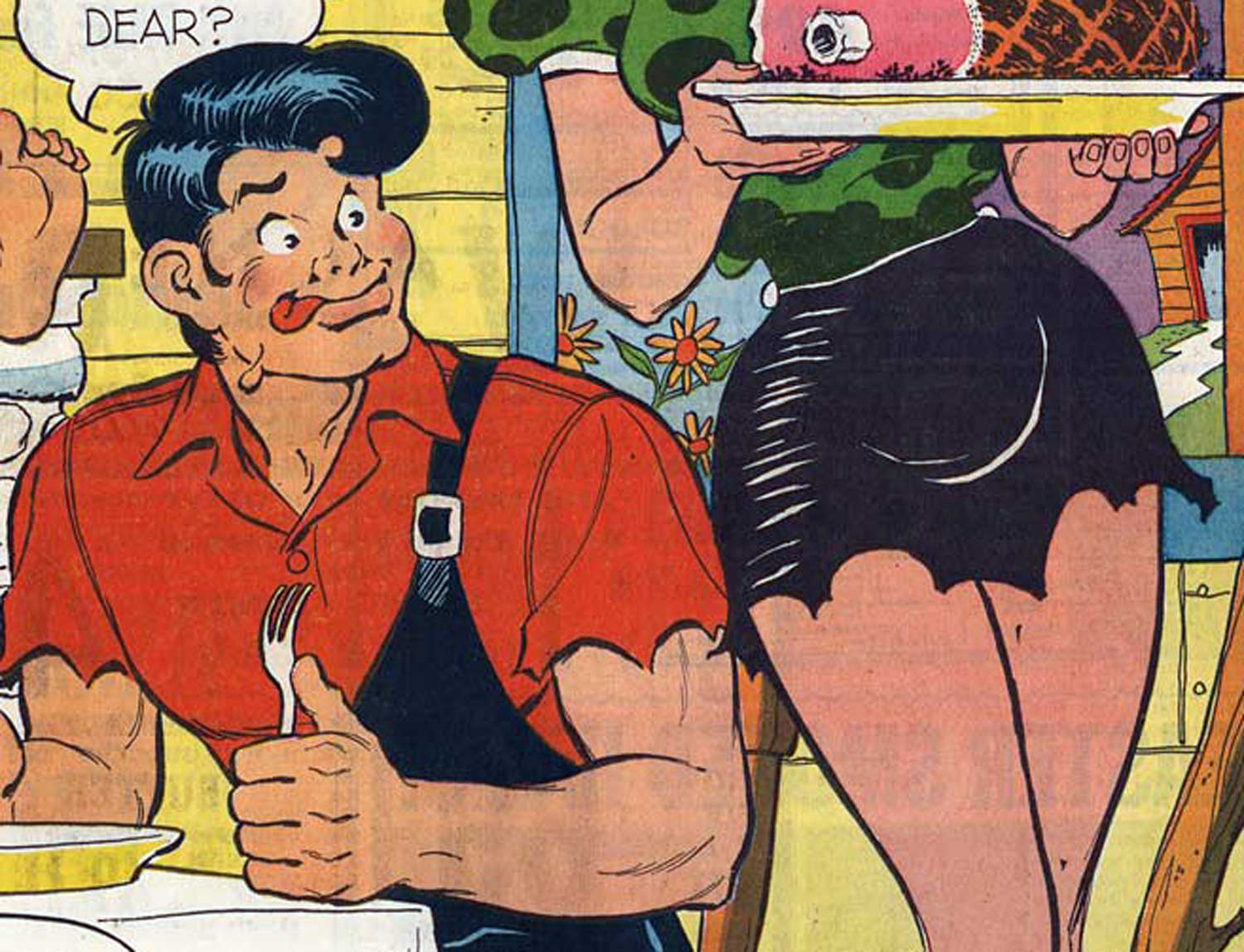 Head cheese or brawn is a cold cut that originated in Europe and should have stayed there. A version pickled with vinegar is known as souse. Head cheese is not a cheese but a terrine or meat jelly made with flesh from the head of a calf or pig (sometimes a sheep or cow), and often set in aspic. The parts of the head used varies, but the brain, eyes, and ears are usually removed. The tongue, and sometimes even the feet and heart, may be included. 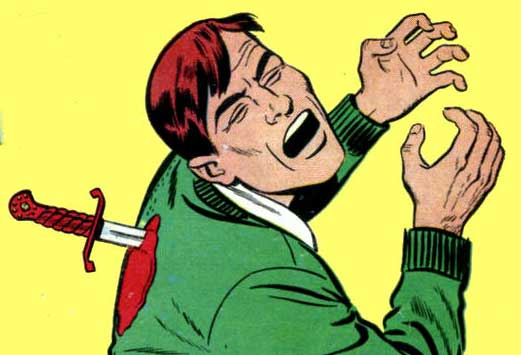 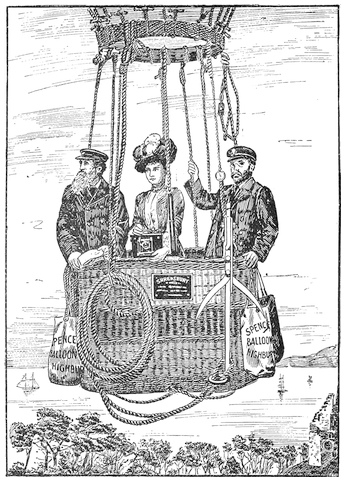 War hero receives medal of honor for sending cruise missile against cave men. “The launch button was stuck so I hit it with a hammer,” he recalls. “You know how dangerous that is? More dangerous than running with scissors.”

The Taliban say they have recovered 160 mutilated bodies from Kadam village after it was completely destroyed by US bombs on Wednesday night. The United States has expressed regret for the loss of any innocent lives, but president Clinton stressed that them’s the breaks.

The news was embargoed because of the anthrax scare had halted U.S.-bound traffic for about four hours yesterday evening on the Queenston-Lewiston Bridge. The Niagara County Sheriff’s Department said an unidentified substance was spotted on a carpet outside the U.S. Customs building at the bridge.

An envelope from Florida, which forced the evacuation of a building, contained nothing but documents, police said yesterday. The 15-storey office building was evacuated earlier this week after workers at Globe International Inc. called police when the envelope arrived from American Media Inc.

President Clinton said that the CIA would start to spread a mild dose of anthrax in an effort to kill all snail mail.